Read all the latest news about Chiropractic Therapy 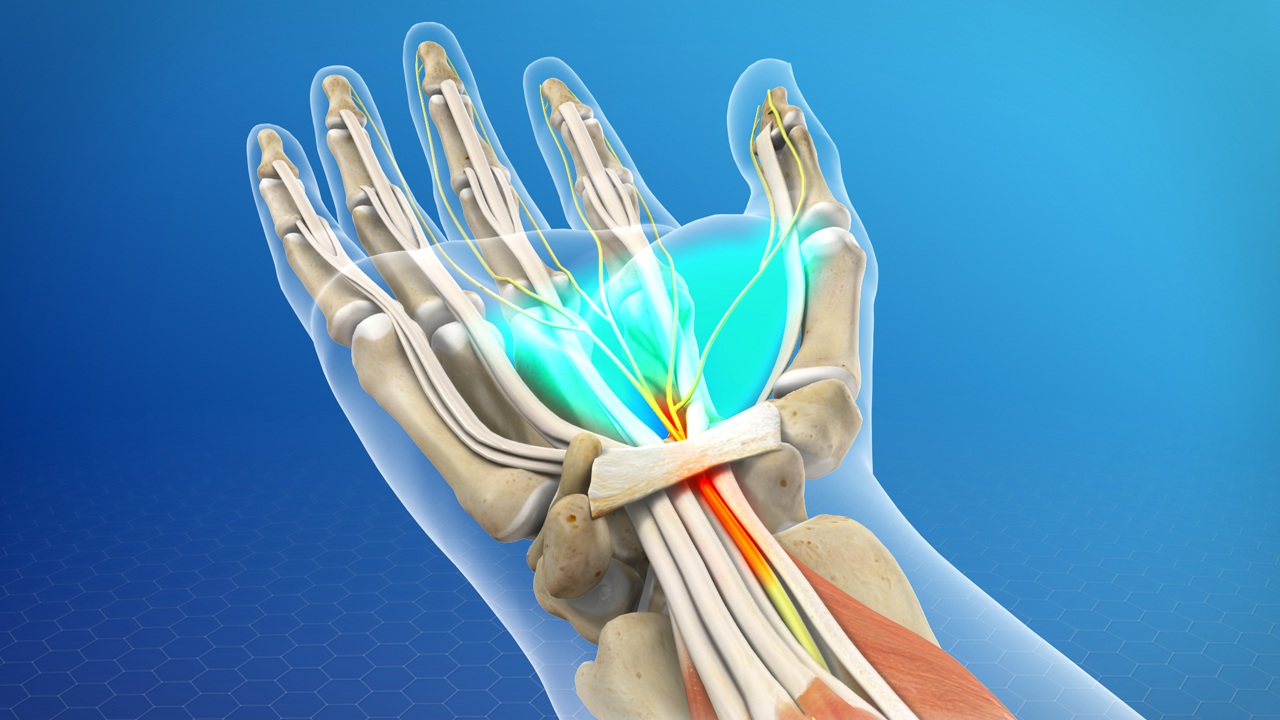 Customized physical therapy may be a useful way to ease low back pain, which affects an estimated 31 million Americans a new study says. Researchers from La Trobe University observed that ‘many patients with low-back disorders persisting beyond 6 weeks do not recover.

Carpal Tunnel Syndrome:
Carpal tunnel syndrome (CTS) has been classified as an injury associated with the wrist caused by a pinched nerve in the wrist. The symptoms are mainly pain and numbness in the index and middle fingers and weakness of the thumb.

Carpal tunnel receives its name from the eight bones in the wrist, called carpals, which form a “tunnel” through which the nerve leading to the hand extends.
Frequent Complaints of Carpal Tunnel Include:
• Nighttime painful tingling in one or both hands, frequently causing sleep disturbance
• Feeling of uselessness in the fingers
• A sense that fingers are swollen even though little or no swelling is apparent
• Daytime tingling in the hands followed by a decreased ability to squeeze things
• Loss of strength in the muscle at the base of the thumb near the palm
• Pain shooting from the hand up the arm as far as the shoulder

One Common Causes of Carpal Tunnel:

The carpal tunnel is filled with tendons (bundles of collagen fibers that attach muscle to bone) that control finger movement. Tasks requiring highly repetitive and forceful movements of the wrist can cause swelling around the tendons, resulting in a pinched nerve and producing CTS. Trauma, certain diseases, and pregnancy may also trigger CTS. On rare occasions, CTS may be genetic (some patients with CTS have carpal canals that are narrower than average). People who have short and wide hands with square wrists may also be at increased risk of CTS.
Another Common Cause of Carpal Tunnel:
The nerves in the arms, wrist and hand all come from the neck. There are 8 pairs of nerves in the neck and three pairs of nerves in the upper back that supply the shoulder, arms, wrist and hands. Today, a great number of people are working at a computer or using hand held device all day long. They develop a condition that has become to be known as TECH NECK. It starts with soreness and tightness in the neck and upper back from looking down or sitting in the chair typing all day. The neck soreness and tightness turns into shoulder and arm pain with numbness. Eventually, night time numbness in the hands and arms becomes a common event followed by chronic pain in the hands and wrist. This condition is due to irritation to the nerves in the neck not the wrist. This is very similar to sciatica causing radiating pain down the back of leg with associated weakness.

Surgery: Surgery is the most form of treatment for carpal tunnel syndrome. Patients are often told that success rates are high (over 90%) for Carpal Tunnel Surgery when they visit the surgeon’s office. A closer look at what and who considers what is a success is very important. Carpal Tunnel Release Surgery is one of the most performed procedures in medicine. Almost everybody knows somebody that has had it. It is one of the quickest and easiest surgeries to perform so it is a good money maker for the surgeon and the surgical center.

Surgeons will often define success for a surgical procedure very differently than how patients define success. Surgeons typically will call a surgery successful if any of the original symptoms are eliminated immediately after surgery or if there are improvements to the condition. By this standard, Carpal Tunnel Release Surgery yields high success rates, because once the Transverse Carpal Ligament is severed, the pressure on the Median Nerve is eliminated and some of the original symptoms are usually relieved.

To a patient, if only some of the symptoms improve, but not all of the symptoms, the surgical procedure is not considered a success. C.T surgery recovery can take anywhere from 6 weeks to over a year to regain some of the basic functionality with painstaking rehabilitation programs and a lot of downtime. Patients report permanent tenderness over the point of incision for years after surgery and permanent loss of grip strength for years. These are issues they were not told about before surgery and so it causes frustration, misunderstanding and a lack of trust in the system. The fact is some surgeries work great and others do not. The best course of action with any condition is to start with the most conservative cause of treatment before considering surgery.

Before you consider surgery, consider your condition may be caused by your neck and a chiropractor may be your best solution for your long-term health.

We are committed as Chiropractic professionals to help our clients resume their lifelong pursuit of health, fitness, and well-being.